What Does Your Nakshatra Say About You? – Dhanishta Nakshatra

By admin
Posted June 27, 2016
In Blog
What Does Your Nakshatra Say About You? – Dhanishta Nakshatra2016-06-272018-09-04https://www.astrojyotish.org/wp-content/uploads/2016/06/astrojyotish_comp1.pngAstrojyotishhttps://www.astrojyotish.org/wp-content/uploads/2016/06/Nakshatras.jpg200px200px
This Nakshatra spread between Capricorn and Aquarius constellations, which is ruled by the planet Mars. Represented by Damru, the musical instrument of Lord Shiva, this Nakshatra is known for their musical abilities.
Dhanishta, consist of small groups of four stars in the constellation known as Delphinus (the Dolphin). These four stars are arranged in a quadrilateral shape, which the ancient seers thought it signified a drum. These stars are known as Alpha-Delphini, Beta-Delphini, Delta-Delphini and Gamma-Delphini.
People born in this Nakshatra are Liberal minded, practical, rich, powerful, courageous, empathetic and compassionate. Dhanishta Nakshatra is known as the “Star of Symphony”. The symbol is a musical instrument called damru. People born in this Nakshatra usually live a luxurious life, have love for music and have talent in singing. They are people possess the gifts of insight, listening, and perception of truth. They also interested in knowing about spiritual and occult knowledge. These people like to socialize and we can always find them in a group.Dhanishta has two meanings in it — one is Dhan (wealth ) and the other is Dhvani (sound). Deity of this Nakshatra is Ashta Vasu, Bosu is often referred to as Asta vasu (eight attributes of Vasu known by Dharaa, Dhruba, Soma, Vishnu, Anal, Anil, Pratush and Provaasa. In different scriptures they are mentioned by different names and each name ultimately points to a particular power. Summing up the ideas they mean charity, controlling capacity and the royal virtues. Vasu is said to have its origin from Gangaa (river).
Recent Posts
Recent From Blog
QUICK LINKS
ASTROLOGY SERVICE
Contact Us : 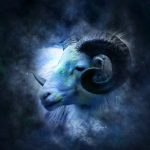